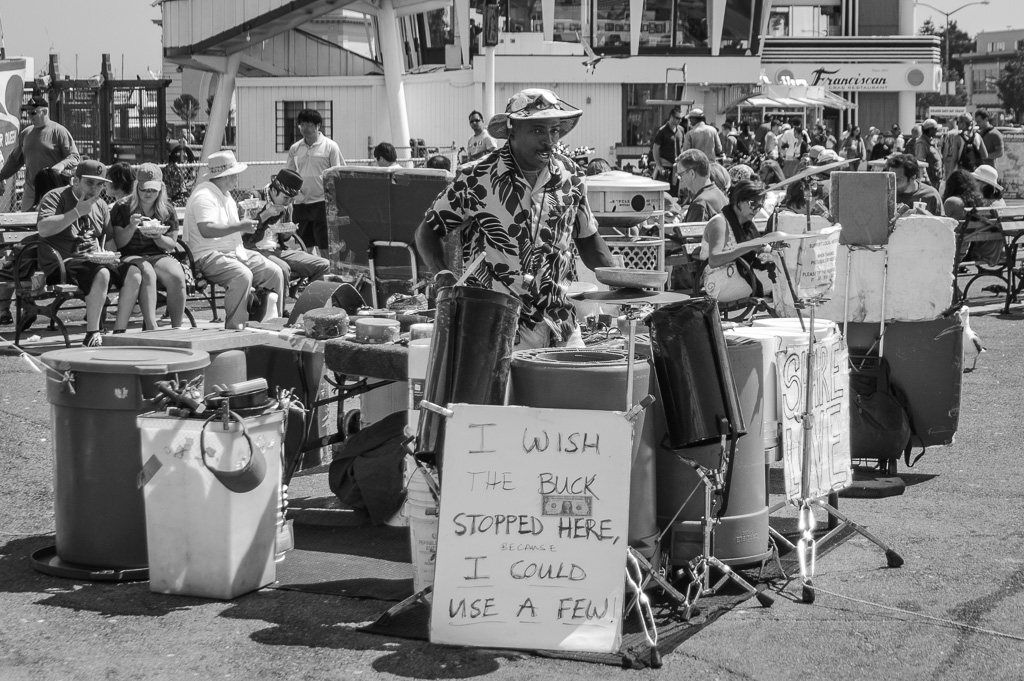 I often get asked if I photograph homeless people. The answer is… it depends.

Let me say up front that I never make photographs of anyone that’s vulnerable or in an embarrassing situation. I am not in the news gathering business. I make images that I enjoy looking at and I don’t find any pleasure in other people’s hard luck. So, when would I photograph a homeless person?

This image was made near Fisherman’s Wharf, San Francisco. I have no idea whether the gentleman is homeless, or whether he just makes his living by playing music on the wharf. It appears from reading the sign that he’s fallen on hard times. The reason I made this image was because it has a story, other than the fact he’s struggling financially – he’s gone to a lot of trouble to make his instruments. He needs to setup every day and then pack up his pots and pans, tubs and drums before heading to wherever ‘home’ is. He works hard for the meagre funds he receives, but he entertains people day in and day out. He has a story to tell. 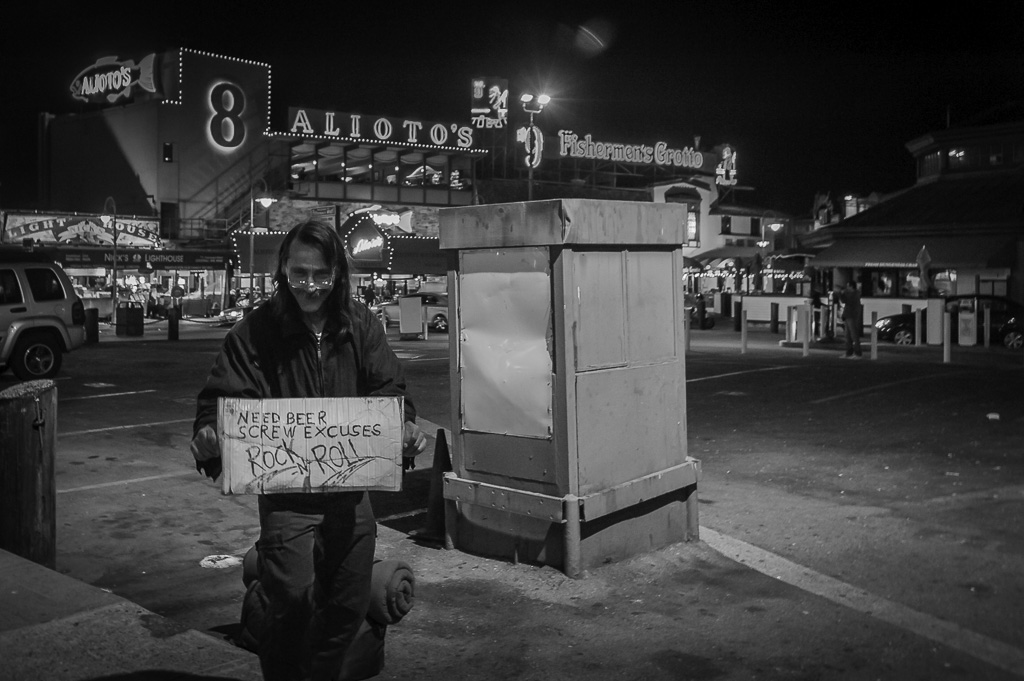 This guy is obviously homeless, but he was happy and joking. His laugh was infectious and he’d made a humorous sign. He was honest about needing (wanting?) a beer and that being the reason he was asking for money. He never hassled anyone, never gave anyone a hard time. He just smiled, danced on the spot a little and made friendly conversation with anyone that wanted to stop and talk. He was an interesting character. The fact he was ‘different’ to the atypical stereotype of a homeless person made him a candidate for a photograph. I chatted to him, made his portrait then slipped him some money… and contrary to his sign, I saw him at In-N-Out Burger about half an hour after I made this photograph. He was buying food.

Don’t be afraid to photograph homeless people, but don’t do it just because you can. Do it only if there is a story to tell. Don’t exploit them and don’t make fun of them in your images. Stop and talk to them. You’ll often find they have an interesting story to tell!