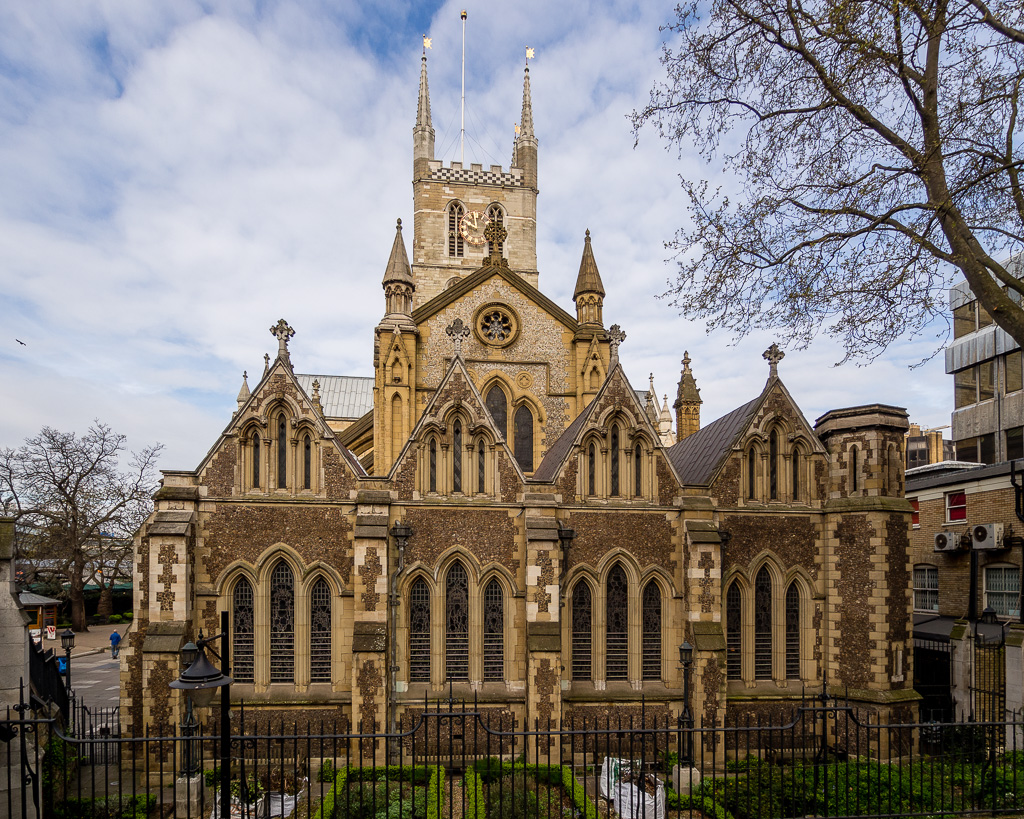 One of the oldest churches in London must be Southwark Cathedral. Located in Central London, adjacent to London Bridge, there is uncertainty about when it was originally established. Verbal history passed down through Elizabethan times suggest there were nuns living in the area as early as the 7th Century although the first written record is of a minster in an entry in the Domesday Book which was completed in 1086.

The church has had a variety of names. In 1106 it was “re-founded” as a priory and was known as St Mary Overy. It later became the property of King Henry VIII and was renamed St Saviour’s before eventually becoming Southwark Cathedral in 1905. Major extensions were added to the building in the year 2000 which house an education centre, shop and refectory as well as a number of conference rooms. 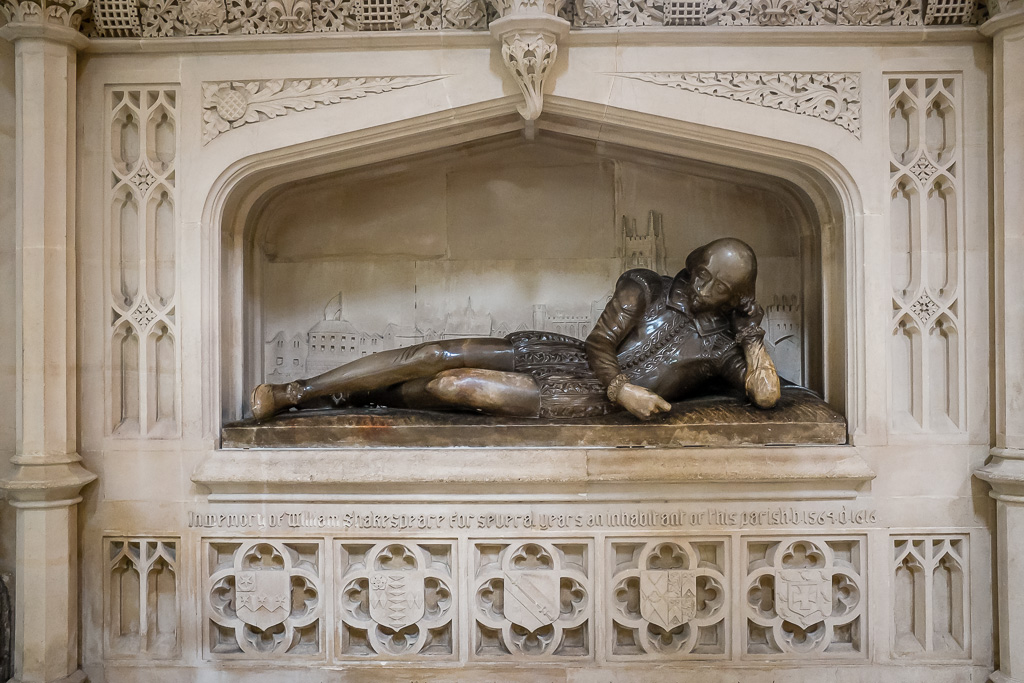 A memorial to William Shakespeare inside Southwark Cathedral. Shakespeare is believed to have been a parishioner for a number of years

One of the more famous parishioners of the church is William Shakespeare (1564-1616). He is believed to have frequented St Saviour’s over a number of years. His original Globe Theatre was completed in 1599 near St Saviour’s, but burnt to the ground after a mishap with a stage cannon in 1613. The theatre was rebuilt in 1614 but was closed in 1642 and then demolished in 1644. Shakespeare is honoured with a memorial and stained-glass window depicting some of the characters from his plays.

There are numerous other monuments within the church, honouring people from all walks of life.

Spending an hour or so wandering around the Cathedral, looking at the monuments and soaking up the history is a pleasant way to spend a morning or afternoon in London. It doesn’t matter what your religious beliefs are, this church is well worth a visit just to learn a little about life in London stretching back over centuries. 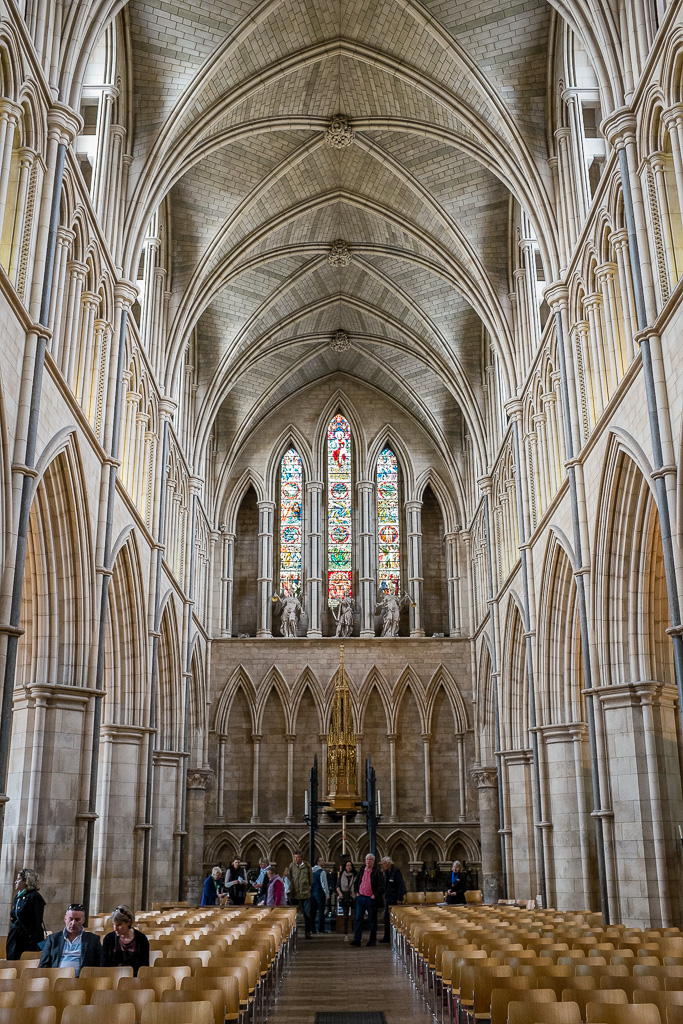 Inside the Nave of Southwark Cathedral, showing the baptismal font 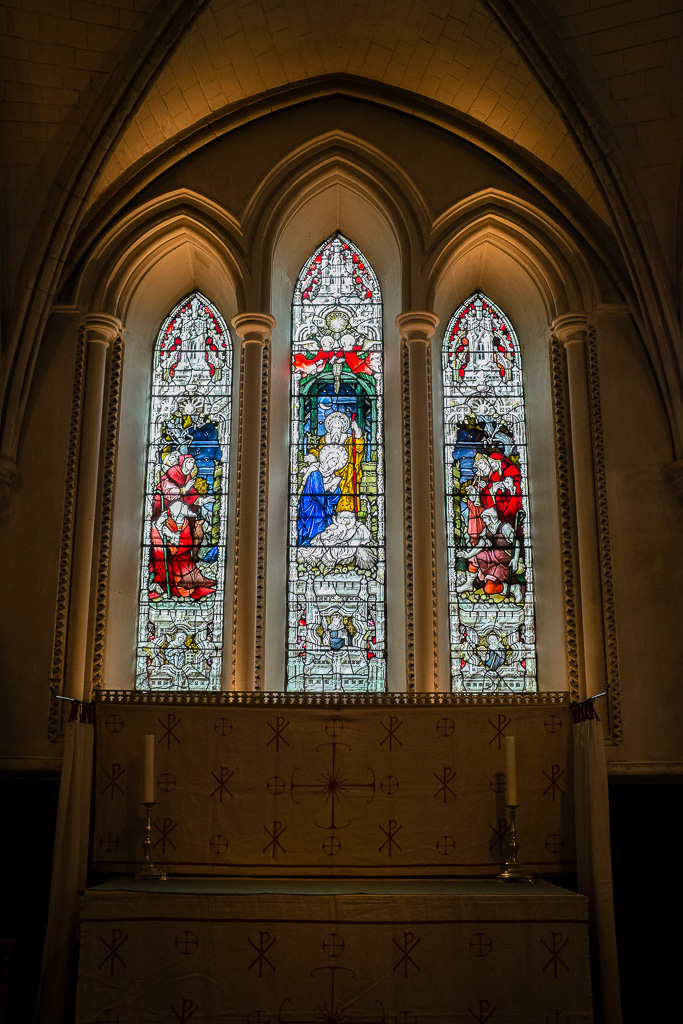 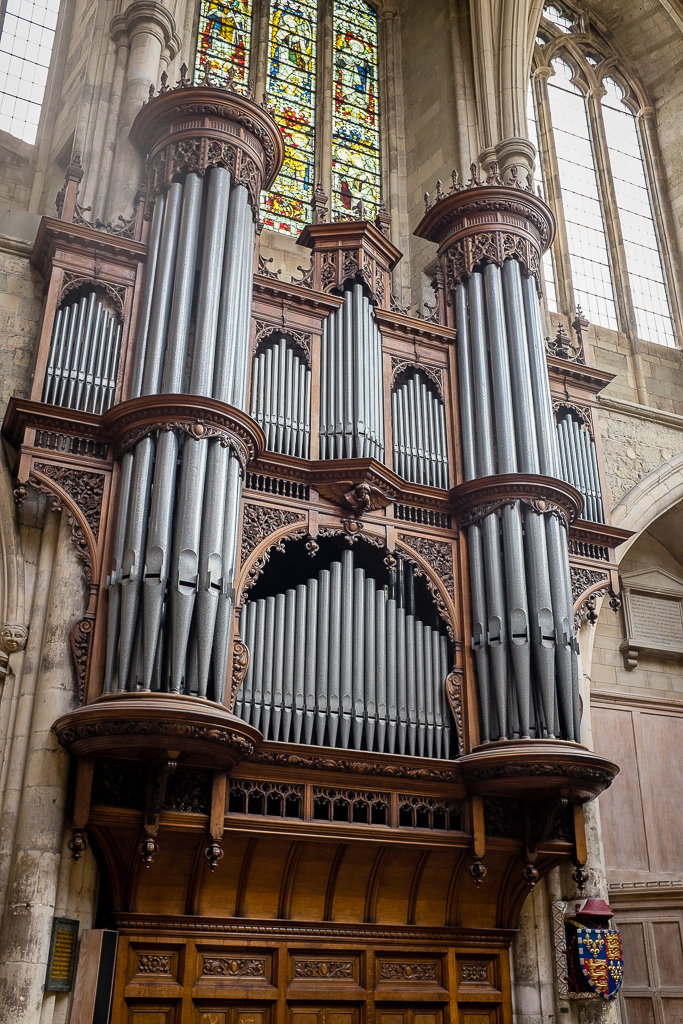 The main organ inside Southwark Cathedral was completed in 1897